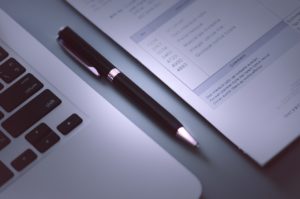 What is e-procurement and e-invoicing?
Electronic procurement (e-procurement) refers to the use of electronic means by public sector organisations when buying supplies and services or tendering public works.

Electronic invoicing (e-invoicing) is the electronic transfer of invoices between business partners (supplier and buyer).

When will the new rules come into force?
The Directive calls for the reception and processing of e-invoices using the new European standard to become mandatory four and a half years after the entry into force of the directive, so approximately in the third quarter of 2018. However, Member States will have the possibility to postpone this deadline by a further 12 months for regional and local authorities, due to the special requirements of these bodies, such as their more limited resources and potentially less developed infrastructure.

When will the European standard for e-invoices be introduced?
The Directive calls for making the receipt and processing of electronic invoices in public procurement obligatory, and for the development of a new European e-invoicing standard by the European Committee for Standarisation (CEN). This requires a significant amount of work on the part of the standardisation experts, and a broad range of stakeholders will then be consulted on the outcome. CEN internal guidelines foresee specific minimum time periods for all these steps. As such, a certain amount of time had to be reserved for this process. It is currently expected to last approximately 3 years. Therefore, most of the implementation period referred to in the Directive will be taken up by the development of the standard. A period of 18 months is foreseen for the implementation on the ground of the obligation to receive e-invoices once the standard becomes available.

Should Member States who have not yet introduced e-invoicing wait until the standard is published?
No, this is not necessary, for a number of reasons.

Furthermore, any delay in the introduction of e-invoicing would mean that its benefits – even if only on a smaller, national scale – cannot occur.

What will the impact of the new European e-invoicing standard be on Member States which already have e-invoicing systems in place?
A number of Member States have already undertaken initiatives in the area of e-invoicing, some of them even making e-invoicing mandatory in public procurement. Unfortunately, most of these systems use national standards which are not compatible with one another. The idea behind the new Directive is that such national standards, if they exist, can continue to be used alongside the new European standard – as long as they do not conflict with each other. Given that the new standard will only identify a list of elements which an e-invoice must contain and define their meanings, it will not automatically render obsolete national e-invoicing systems. Some of these systems may need to be adapted slightly, but this should not pose any significant technological problems.

The current initiative aims to help those businesses which are currently using or wish to use e-invoicing but face obstacles on the receiving side in public procurement. By providing the market with a European e-invoicing standard and obliging all contracting authorities and entities to accept e-invoices sent in this standard, the EU initiative gives assurance to businesses that, provided that they make a single initial investment in the European e-invoicing standard, their e-invoices will be accepted by public authorities throughout the EU. The initiative will therefore facilitate participation in cross-border public procurement, creating potentially significant new business opportunities.

Will it still be possible to send paper invoices?
The EU initiative aims to remove barriers to the use of e-invoicing in public procurement by making the receipt and processing of e-invoices by public authorities obligatory if a supplier chooses to send an electronic invoice in the new European e-invoicing standard. However, the Directive does not in any way place an obligation on businesses to use the new standard, or even to send invoices electronically. Therefore, there are no additional costs or burdens on businesses – on the contrary, the Directive offers the possibility to benefit from potentially significant savings and simplification, but leaves it entirely at the discretion of the businesses themselves if and when they chose to take advantage of this by moving to e-invoicing.

It has been demonstrated that the best way to ensure rapid adoption of e-invoicing is by making the sending of e-invoices obligatory. Does the Directive allow Member States to do so?
Yes. The Directive aims to facilitate the transition to e-invoicing for businesses – by giving them the guarantee that their e-invoices will be received by all contracting authorities and contracting entities in the EU if they are in the new European standard – while leaving them the freedom of taking this step at their own pace. However, if Member States wish to go further and mandate that only electronic invoices will be accepted in public procurement, there is nothing in the Directive which prevents them from doing so.

Categories
Featured and In English